Macron ordinances: what changes for employees with the capping of compensation for unfair dismissal

The 3rd Macron “ordinances” is devoted to "predictability [the word is unprecedented in the Labour code] and the safeguarding of labor relations" and provides in particular new provisions concerning compensation for unfair dismissal (“licenciement sans cause réelle et sérieuse”). 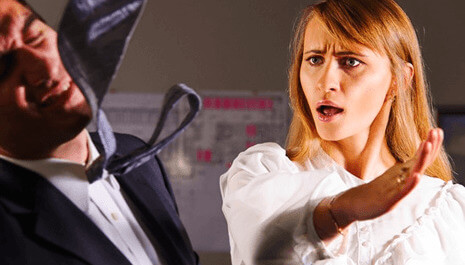 The capping of compensation for unfair dismissal shall apply only to dismissal notified after the publication of the ordinance to be notified at the earliest on September 23rd, 2017 (ord. 43).

Similarly, ongoing labor court proceedings and those initiated prior to the publication of the ordinance, before September 23rd, 2017, are subject to the current legislation and therefore the Macron ordinance is not applicable to them (ord. 43).

The present article summarizes the main measures contained in the Macron Ordinance on the Predictability and Securitization of Labor Relations.

1.1) Companies with at least 11 employees: the compensation for unfair dismissal is fixed between 3 and 20 months of gross monthly salary, according to the employee’s seniority

The amount of compensation for unfair dismissal will be fixed, depending on the employee’s seniority, between 3 and 20 months of gross salary.

The below chart details according to seniority, the minimum amount and the maximum amount of compensation that a judge can grant to the employee in case of unfair dismissal:

1.1.2)Accumulation of compensation for unfair dismissal with other indemnities

Compensation for unfair dismissal may be combined, with the allowances provided for in articles  L.1235-12 (non-compliance with the consultation of the representative institutions of employees or of the administrative authority in the event of an economic dismissal), L. 1235-13 (non-compliance with priority of rehiring) and L. 1235-15 (absence of minutes of deficiency for employee delegates or the work council), within the limite of the maximum amount established in article L. 1235-3 of the French labour code (ord. , art.2).

1.2) Companies with less than 11 employees: the compensation for unfair dismissal is fixed between 0.5 and 20 months of gross monthly salary, according to the seniority of the employee

The amount of compensation for unfair dismissal will be fixed, depending on the seniority of the employee, between 0.5 and 20 months of gross salary.

The below chart details according to the seniority, the minimum amount and the maximum amount of compensation that the judge can grant to the employee in case of unfair dismissal:

1.3) No capping for void dismissal (“licenciement nul”) pursuant to a legal provision in force or in violation of a fundamental freedom (“liberté fondamentale”)

The maximum amounts defined in above paragraph  1.1 and 1.2  will not apply when «the judge finds that the dismissal is null and void pursuant to a legal provision or that it has violated a fundamental freedom» (article L. 1235-3-1 of the French Labour code).

In this case, if the employee does not request the continuation of its employment contract or its reinstatement is impossible, the judge awarded him an indemnity, payable by the employer, which can’t be less than its salary of the last six months.

The capping will not apply in the 5 following case:

The indemnity for unfair dismissal is due in addition to salary payment when it is due during the period covered by dismissal null and void period (“Nullité”) and, in certain circumstances, of the termination indemnity and contractual dismissal compensation (article L. 1235-3-1)

1.4) The capping will apply for judicial cancellation (“Resiliation judiciaire”) of the employment contract or in case of direct referral (“Saisine directe”) to the « bureau de jugement »

It will also apply in the case of requalification of fixed-term contract (“Contrat de travail à durée determinée”) (article L. 1235-3-1 of Labour code).

1.5) Reminder: the current system (applicable up until September 23rd, 2017) in case of unfair dismissal

The present system was introduced by an Act of September 19th, 1974.

It distinguishes between damages for unfair dismissal ("DIRA") (1) and compensation for dismissal without a real and serious cause (2) depending on the employee's seniority and the size of the company.

1.5.1) Damages for unfair dismissal (“Dommages et intérêts pour rupture abusive”) determined on the basis of the prejudice suffered (employee with less than 2 years of service and / or company with less than 11 employees)

An employee who has a seniority of less than 2 years and / or is employed by an company that usually employs fewer than 11 employees may, if he/she is dismissed unfairly will be entitled to damages corresponding to the loss suffered (“préjudice subi”)(Article L.1235-5 of the Labour code).

The amount of damages is therefore determined on the basis of the elements that the employee provides in order to demonstrate the extent of the loss associated with the loss of his / her job (difficult return to work, family expenses etc.) and therefore varies from one case to another.

1.5.2) Indemnity for unfair dismissal (“Indemnité pour licenciement sans cause”) can not be less than six months salary  (employees with at least 2 years of service in an company with more than 10 employees)

An employee whose seniority is at least 2 years and works in an enterprise employing more than 10 employees may she claim compensation for dismissal without cause at least equal to the last 6 months of salary he received (Article L.1235-3 of the Labour code).

Again, the Labour code gives a wide margin of appreciation to the judges as to the determination of the amount of this allowance since the code sets just a minimum amount.

In practice, the judges grant very variable allowances according to the particular situation of each employee

The employer can use a model of dismissal letter which will be determined by decree in the “Conseil d'Etat” (Article L. 1232-6 new of the Labour Code).

It is a faculty but not an obligation.

This form will set out the rights and obligations of each party.

This will probably be a “CERFA “form of dismissal letter.

2.2) The employer may specify or supplement the dismissal letter

2.2.1) The dismissal letter may be specified or supplemented at the request of the employer or employee

The reasons stated in the dismissal letter  may be specified or supplemented either by the employer or at the request of the employee under conditions laid down by decree of the “Conseil d'Etat” (Art. L. 1235-2 of Labour code).

The dismissal letter, supplemented by the employer, sets the limits of the dispute as regards the grounds for dismissal.

2.2.2) Inadequate motivation does not automatically result in unfair dismissal

If the employee fails to file an application with the employer under paragraph 1, the irregularity due to insufficient reasons for the dismissal letter does not result in an unfair dismissal and open the payment of an indemnity which shall not exceed one month of salary (ord. Art. 4 III).

In the case of unfair dismissal, the loss resulting from the failure to state reasons for the dismissal letter shall be compensated by the compensation awarded in accordance with the provisions of Article L.1235-3 (Article 4 III ).

Where an irregularity  has been committed during the procedure, in particular if the employee’s redundancy takes place without the procedure laid down in articles L.1232-2, L.1232-3, L.1232-4, L.1233-11, L.1233-12 et L.1233-13 or without the conventional consultation procedure prior to dismissal being complied with, but is justified, the judge shall grant the employee an allowance which cannot exceed one month's salary.

In this case, if one of the complaints alleged against the employee infringes a fundamental freedom or fundamental right, the cancellation of the termination of employment contract does not absolve the judge from examining all the complaints set out to take it into account, where appropriate, in its assessment of the allowance to be granted to the employee, without prejudice to the provisions of article L.1235-3-1 (Art. L. 1235-2-1new Labour code).

2.2) Increase of the legal indemnity dismissal

The legal dismissal payment increases from 20% per year of seniority to 25% (Decree to be published in October 2017, to be confirmed).

It should be noted that many collective agreements (“Conventions collectives”) already provide for an higher amount of conventional dismissal indemnity than statutory compensation.

In addition, an employee is eligible for severance pay from 8 months of seniority (as opposed to 1 year before) to seniority (ord 42).

2.3) dismissal null and void due to lack of proper validation or homologation of an employment protection plan (article L. 1235-11of the labour code).

Where the employee does not request the continuation of his employment contract or when the reinstatement is impossible, the judge grants the employee an indemnity at the expense of the employer which cannot be less than the salary of the last 6 months (before it was the last 12 months).

In the event of non-compliance with the priority of rehiring provided in article L. 1233-45, the judge shall award to the employee an allowance not less than one month's salary (previously 2 months).

3.1) Definition of the scope of assessment of the economic grounds of dismissal

Until now, economic difficulties, technological changes or the need to safeguard the competitiveness of the company were appreciated within the international group

This is likely to make easier collective redundancies in international groups.

The sector of activity making it possible to assess the economic cause of the dismissal is characterized, in particular, by the nature of the products, goods and services delivered, the target clientele, the distribution networks, relating to the same market (Art. L. 1233-3 Labour code).

3.2) The non-transmission of fixed-term contract (“Contrat à durée determinée”) or of temporary employment contract within 2 days

Failure to comply with the obligation to transmit within the 2-day period cannot, on its own, lead to requalification into a permanent contract.

It entitles the employee to an indemnity, payable by the employer, which cannot exceed one month's salary (Article L. 1245-1 new of the Labour code).

4.1) 12-months time limit to file a complaint in case of termination of employment contract

The employee will have 12 months to challenge its dismissal before the Labor Court (Article L. 1471-1 new of the Labour code).

The time limit for dismissal was up to two years to contest his dismissal.

This period runs from the notification of the termination (Article L. 1471-1 new of the Labour code).

4.2) When does the Macron ordinance will apply?

The provisions on the capping of allowances for unfair dismissal are applicable to dismissals notified after the publication of the ordinance (the ordinance must be published from  September 22nd, 2017) (ord. art 43).

The provisions laid down in Articles 5 and 6 on the 12-month time limit to file a complaint apply to the prescriptions in force from the date of the publication of the ordinance (ord 43).

4.3) Labor proceedings commenced before the publication of the ordinance (publication September 23rd, 2017)

Where labour action (“instance prud’homale”) was introduced before the promulgation of the ordinance the action is prosecuted and tried in accordance with the old law, including on appeal and cassation (ord., art. 43).

This means that labor proceedings before the publication of the ordinance are subject to the old law. 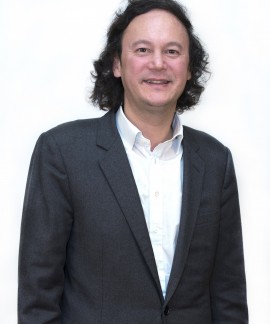 A description can appear on the right
OK